Warning: Use of undefined constant WP_ADMIN - assumed 'WP_ADMIN' (this will throw an Error in a future version of PHP) in /homepages/8/d153635394/htdocs/WP/wp-content/themes/sovereign_wp/admin/theme-functions.php on line 274
 TAOT Participants Info 1 | Fatalamanga 23 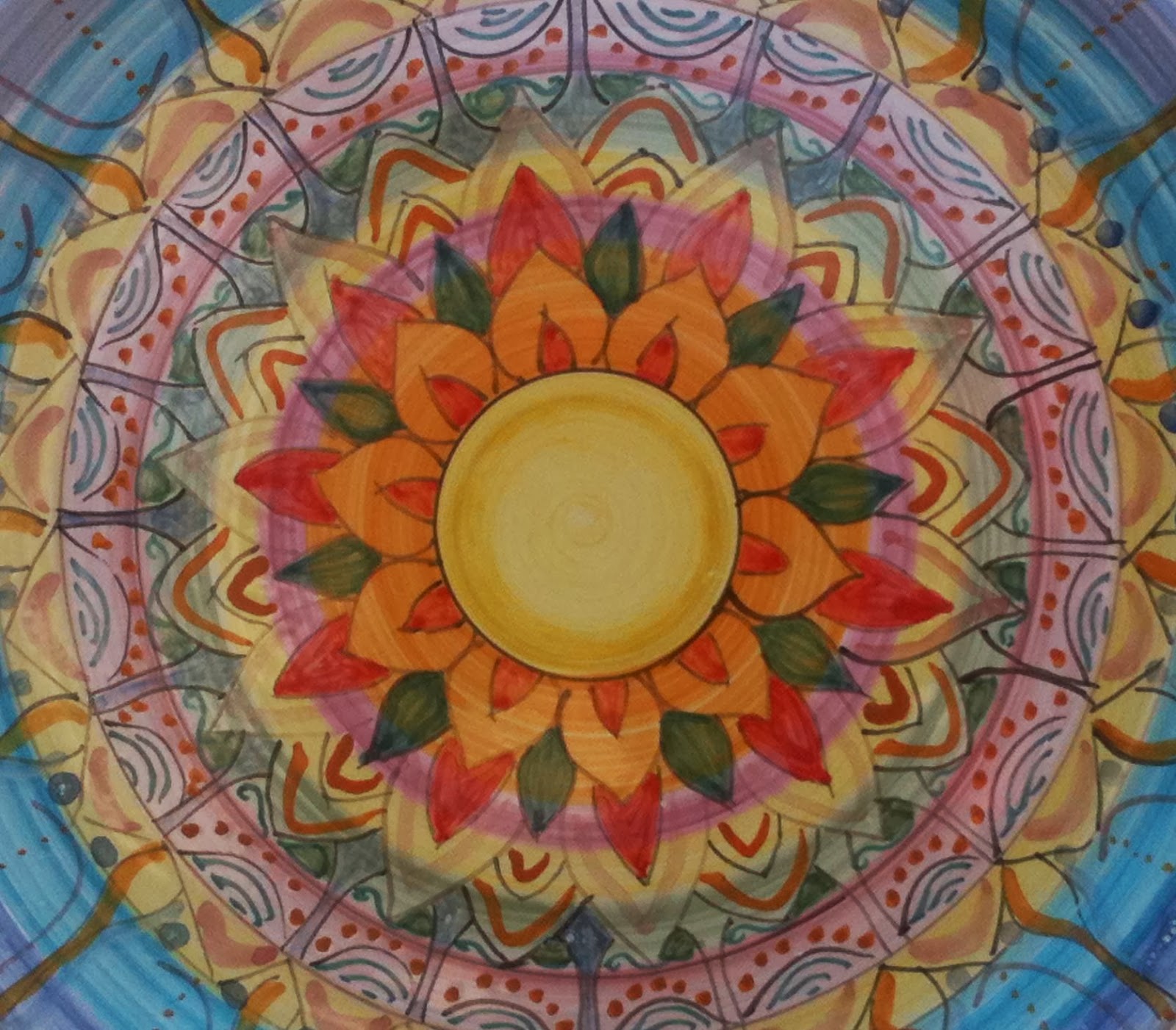 Soon you will start your course ‘The Art of Teaching’.  Here we want to give you a little intro about the subjects we will be exploring.
“Concerning the Spiritual in Art’ is one of the theoretical works of Kandinsky (Moscow, 4 december 1866 – Neuilly-sur-seine 13 december 1944). In this essay Kandinskiy presents extremely important idea for contemporary art, the ‘GUIDING PRINCIPLE OF THE INNER NEED': the artist is the one who is finds harmony between forms and colors and is able to establish contact with the soul of the spectator. Colors and shapes are therefore means to directly influence the soul. “Color is the keyboard, the eyes are the hammers, the soul is the piano with many strings. The artist is the hand which plays, touching one key or another, to cause vibrations in the soul.” In this famous quote Kandinskiy replaces the expression ‘color’ with ‘form’. The difference between colors and forms is that “Form can stand alone representing an object (ether real or not) or as a purely abstract limit to a space or a surface” , color “must posses some definite shade of the many shades of red that exist and a limited surface, divided off from the other colors, which are undoubtedly there”.  Each color and form has an “inner harmony”, as well as music and a word, they are all means which artist uses to directly influence spectator’s soul, and this is also possible utilizing disharmony, “All means are sacred whichever are called for by the inner need”.  Very important to  Kandinsky is the connection between the arts, in particular between Painting, Music and Theater. In his youth Kandinsky studied piano and cello. His works include: “The yellow sound”, “The Green Sound”, “Black and White, and Violet” and “Pictures at an Exhibition” by Modest Musorgskij, staged by Kandinsky in 1928, at the Friedrich Theater of Dessau . Kandinsky wrote: “Deeply concentric, each art is separated from the other, but on the other hand, they are combined in their innermost tendencies”.  So the comparison between the arts is necessary, not only in view of the creation of a monumental art, but also because “the comparison of various means with which each single art express itself, by learning from one another, can only be successful and conclusive if the  intention is not superficial but truly fundamental. Thus One art must learn from another how to use its common principle and how to apply it the fundamentals of its own medium .”

We believe that teaching can be considered Art so the sentence of Kandinsky somehow becomes the “manifesto” of our course: The Art of Teaching. After all, why a teacher in front of it’s students can’t be compared to artist in front of the audience ?

In regards of the theatrical side of the course, we will connect “Concerning the Spiritual in art” with “Le Theatre et son double”, a collection of essays by French poet and playwright, Antonin Artaud (4 September 1896 Marseille, 4 march 1948 Paris), published in 1938., that exposes the idea of ‘Theater of Cruelty’. Theater must be cruel if necessary, the real Theater does not repeat superficially ‘true feelings’, instead, it creates a strong connection between actors and the audience, manifesting the deepest aspects of life.  According to Kandinsky, every word must have an inner harmony, according to Artaud the word is metaphysical. The actor, according to Artaud, is an ‘athlete’s heart ‘ aware of the fact that’ the soul is ‘a skein of vibrations’.  If the soul is ‘a skein of vibrations then the artist must be able to influence and guide these vibrations, so it can touch the soul of the audience. Then, he doesn’t work on an abstract concepts, but rather with the energy, because the energy is a matter. ” Believing in a fluid materiality of the soul as indispensable, in the actor’s craft. “Knowing that a passion is matter, provides a domain on the passions that broadens our sovereignty”. (Antonin Artaud, da ” Le Theatre et son double”.)
With this idea we arrive to the main musical aspect that we will cover in the course, the Cymatics. The ancient Indian Vedic scholars and philosophers of the school of Pythagoras considered all physical forms as manifestations of sound, for them the relative proportions of the musical sounds corresponded to the physical proportions of the forms in nature and human architecture. In 1787, the jurist, musician and physicist Ernest Chladni, published “Entdeckungen uber die theorie des Clangesor /Discoveries concerning the  theory of Music”. In this and other pioneering works Chaldni laid the groundwork for the discipline in physics to be called ACOUSTICS, the science of sound. Chladni found a way to make visible what sound waves could generate.  He applied a thin sheet of metal to a violin, on which he dispersed some sand. By sliding the bow across the strings, when the same note-sound was played long enough, the sand was moving and forming a geometric patterns .Chaldni demonstrated once and for all that sound does effects physical matter and that it has the ability of creating geometric shapes.  At the time of those findings by Kandinsky, Artaud and Chaldini were published, they didn’t have much support by the scientific community, but today there is much evidence in support of those findings. Today’s discoveries go much further and we will present you with those evidence in attempt to help you open up for those ideas and many, many more in the attempt to wake your artistic selves.

During this workshop, you and your beliefs will be challenged, be ready to put all of your habits and ‘belief systems’ on test, that’s the only way real change can happen.